Motion sickness is mainly associated with travel, be it by plane, train, boat, or even car, and occurs when your nervous system is confused by the environment it’s in and the motion it detects. Luckily, using hemp flower for motion sickness is becoming more and more common.

While motion sickness poses no serious risks and is generally a temporary condition, it’s a pain for those who are prone to consistent motion sickness whenever traveling.

While there are over-the-counter drugs for motion sickness available, some can cause dangerous birth defects, rendering them as off-limits from pregnant women, who are one of the groups to experience motion sickness the most.

Sitting beside a window can be a helpful way to keep sensory confusion at bay, but another natural method is with the use of hemp flower.

Hemp flower is closely related to cannabis, but it won’t get you high. Instead, its wealth of terpenes and cannabinoids can perform functions that are highly therapeutic.

In this article, we’ll review some of our favorite strains of hemp flower for motion sickness, and then go over how both cannabinoids and terpenes help soothe nausea. 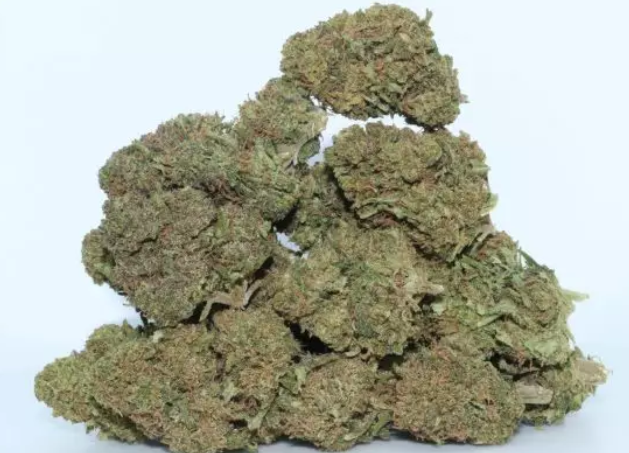 As a hybrid strain, this special flower works wonders against inflammation and pain while keeping you awake and alert, but not jittery or jumpy.

One terpene you’ll find a lot of in Cherry Abacus is myrcene, which works well as an anti-inflammatory agent, and in large doses, works as an effective sedative. While there’s not quite enough myrcene in this strain to make the user drowsy, it’s enough to make it highly potent against anxiety and motion sickness.

Myrcene performs these functions by preventing oxidative stress, while also regulating the selectivity of terpenes in the blood brain barrier. This means that myrcene has an executive role in determining how the rest of a strain reacts. In short, higher doses of myrcene reduce the selectivity, making it easier for cannabinoids like CBD to enter the ECS.

Cherry Abacus also contains .18% alpha pinene, which aside from inflammation relief, is also known for its compatibility with the digestive system.

One study showed that alpha-pinene can prevent the onset of gastric ulcers, while another study reviewing alpha pinene’s benefits showed that it can reduce even intense bouts of motion sickness.

This strain produces dense, sticky dank buds with a slight indica dominance.This train inherits the springy, almost fluffy texture from its predecessor Abacus, and also features the earthy hues and hints of purple that tend to come with it.

While the berry notes in its aroma are subtle in taste, the dankness remains prominent. This high CBD, low THC strain is fast acting and potent. 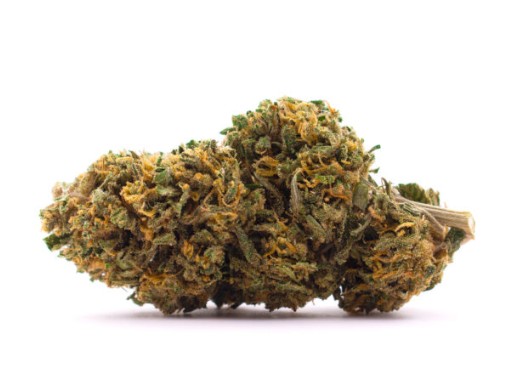 If you need a strain of hemp flower that’ll both combat motion sickness and ease traveling-induced anxiety, Suzy Q is just the one.

Suzy Q is a classic of Mr. Hemp Flower’s, and give off a high dose of 24% CBD.The high-CBD amount in this strain makes it incredibly relaxing, and is recommended especially for the use of relieving nausea, pain, and anxiety.

One of the more dominant strains in Suzy Q is alpha pinene, which is at .05%. Alpha-pinene is not only a powerful anti-inflammatory agent, but also works as a diverse antibacterial agent.

Plus, alpha-pinene makes a strain especially great for those who find themselves to be heavily sensitive to even the slightest amount of THC, since alpha-pinene can help counteract the anxiety sometimes caused by it.

Suzy Q is especially high in beta-myrcene, which, at .26%, isn’t enough for it to give off the highly sedative effects it’s capable of. However, it’s certainly enough to provide a soothing effect that can help re-establish your sense of the environment.

Suzy Q is also high in limonene and linalool, which, among other functions, are notoriously known for soothing the muscles while also relieving anxiety.

Suzy Q produces buds which present an earthy shade of green, with an even distribution of amber-colored tendrils. When smoked or vaped, this nug gives of a light, piney aroma, which is a great pre-bedtime treat. 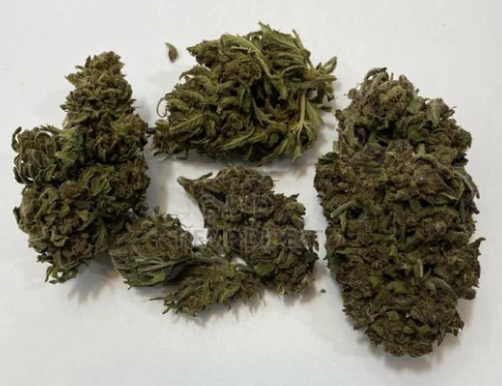 Trophy Wife is a strain sold exclusively by CBD Hemp Direct, and contains a blend of terpenes ideal for both unwinding on a quiet evening and making travel just a little easier.

Trophy Wife is high in beta caryophyllene, which is known to be useful for both relieving pain and easing nausea. Plus, beta caryophyllene can act as a gastric protectant, which makes it an especially beneficial terpene for those who experience chronic motion pain or nausea.

This strain is also high in alpha humulene, which works as an anti-inflammatory agent and analgesic, while also working as an appetite suppressant. Meanwhile, Trophy Wife is also contain .11% beta myrcene, which is a powerful pain killing terpene with sedative qualities, and .09% alpha bisabolol.

Alpha bisabolol provides hemp flower strains with a pleasant floral aroma; for instance, one plant this terpene is found heavily in is chamomile. And just so, alpha bisabolol is a relaxing, therapeutic terpene that can be both relaxing and uplifting.

This strain forms buds with a deceptively fluffy appearance and high density and leaves with a consistent and even shade of green.

Before breaking into this sweet strain, the user will probably get those notes of alfalfa and hay that alpha bisabolol is known for, but the diesel really springs forth once these nugs are broken down.

While providing potential motion sickness relief, this strain also delivers and uplifting, energizing effect, which is great for keeping your spirits up during periods of high stress. 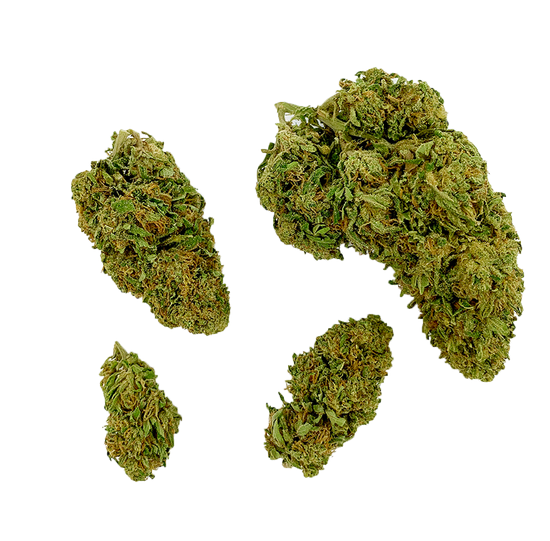 Frosted Lime isn’t just for motion sickness, it’s the ideal strain for general nausea, whether caused by anxiety, off-putting motion, or a reaction to certain foods.

One terpene found in this strain is a crowd favorite: beta caryophyllene, which is a powerful treatment against inflammation, and is said to act the most like CBD by binding to the CB1 and CB2 receptors. These receptors are widespread and form a strategic point of control for cannabinoids when controlling pain.

Moreover, it behaves strikingly similarly to cannabinoids, and it’s possible that this allows beta-caryophyllene to assist in amplifying the effects of CBD when it comes to treating nausea, and it does so by reducing the neuropathic response that induces vomiting.

Another prevalent terpene in this strain is ocimene, which, besides working as an anti-inflammatory and antifungal terpene, has also been shown to have antioxidative properties, meaning that it can prevent oxidative stress, which is damaging to tissue.

Frosted Lime is the strain for those who need to re-establish the balance of their bodies, meaning that it’s perfect for those who wish to manage their motion sickness.

The perfect shape of this bud is definitely one of its most noted features, although the sizes do vary a bit. The flowers are topped with wisps of peach-colored trichomes.

When the buds are left unbroken, they exude a fresh, skunky aroma with a bit of citrus. But when they are broken up, they reveal stronger notes of citrus rind with tropical fruit and sweet gas. 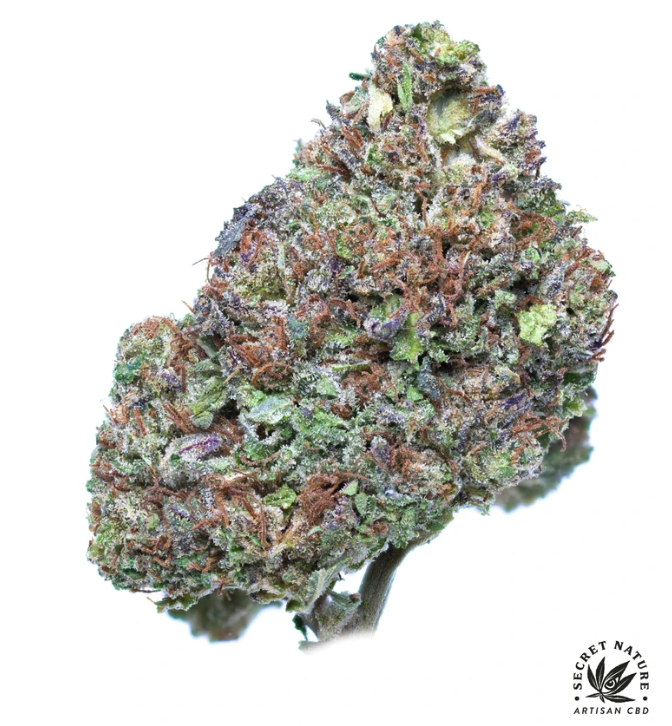 Like all the rest, this strain from Secret Nature CBD can help provide quick relief to nausea by stopping the inflammatory response that comes with it. This is all thanks to the terpene profile found in Secret OG, which is diverse and filled with some particularly underrated terpenes.

One of these terpenes has been mentioned before, but among alpha pinene, beta myrcene and beta caryophyllene, this one tends to be forgotten: alpha bisabolol is great for soothing the body and psyche while providing a pleasant flavor.

Like many terpenes alpha bisabolol is well-suited for combating inflammation, but it’s especially efficient when it comes to treating inflammation on the skin, which makes it ideal for symptoms of psoriasis and eczema.

Secret OG also contains the lesser-known terpene guaiol, the smell of which is characterized as an evergreen aroma. Guaiol works as an anti-inflammatory, antibacterial agent rich in antioxidants. Because of these qualities, this strain of hemp flower is useful not only for motion sickness, but also for helping alleviate nausea caused by bacteria.

This strain produces cloudy, springy, dense, frosty little nugs, which come in shades of soft, earthy greens with just a bit of amber. When cracked into and broken up, the scent is distinctly Kush, chiefly containing aromas of cream, diesel, and earth.

This strain is pretty close to the indica side of the spectrum, so the recommended for those who wish to bring down internal or external inflammation, or for those who need a more elevated level of rest.

You may have heard of CBD before, which is the most abundant terpene in hemp, but certainly not the only one. Cannabinoids are highly beneficial because of the way they interact with a series of receptors throughout the nervous system known as the endocannabinoid system (ECS).

The ECS regulates pain, stress, appetite, and mood, and when cannabinoids enter the body, it’s absorbed by the ECS and is used to enhance its functions.

Because of this, cannabinoids are excellent for relieving inflammation, improving sleep, and elevating mood.

Additionally, this study observed that the use of cannabinoids help with nausea symptoms through the CB1 receptors in the endocannabinoid system.

Terpenes may be a bit more mysterious to us than cannabinoids, but are nonetheless highly beneficial.

Terpenes are organic compounds found in a broad range of plants; not only hemp and cannabis, but also in oregano, hops, lavender and sage. These terpenes provide strong aromas while performing soothing, anti-inflammatory, and anti-oxidative effects.

Besides these helpful functions, terpenes are also important for the way they interact with cannabinoids.

When all of the cannabinoids and terpenes in hemp flower interact with the nervous system, they form a synergistic connection known as the entourage effect, which can amplify hemp flower’s overall benefits for motion sickness.

Like cannabinoids, terpenes exist in a wide variety, and different terpene levels affect the aroma, appearance, flavor and effects of a hemp flower strain.

Because of the ways in which cannabinoids and terpenes can rebalance your nervous system while assisting nausea relief, hemp flower can be an effective treatment for motion sickness.

Hemp flower is also legal throughout the United States, so you can travel with your products anywhere in the states.

What’s the best way to take hemp flower for chemo?

The method you choose for administering hemp flower largely depends on how quickly you want the effects, and what’s most convenient. For instance, if one has a known history of motion sickness, they may find it easiest to prepare edibles ahead of time for trips.