Neuropathic, or “nerve” pain is a complicated chronic pain disorder that can be caused by a number of factors: previous injury or surgery, or a nutrient deficiency. Nerve pain can also be brought alongside another chronic disorder such as multiple sclerosis. Using hemp flower for nerve pain symptoms is a new and exciting option.

Nerve pain can cause a burning, shooting pain, which can inflict both specific areas and the entire body. Feelings of numbness and “pins and needles” are also not uncommon.

As a result of nerve pain being so complex and varying among individuals, there is a wide variety of treatments offered, including over-the-counter pain medications, prescription medications, antidepressants and anticonvulsants.

That being said, many individuals have found success treating their nerve pain with hemp flower.

Hemp flower is a plant closely related to cannabis, though it does not contain as much of the psychoactive compound, THC. Instead, hemp flower contains a ton of organic compounds known as cannabinoids and terpenes, which help to treat pain, improve mood and regulate sleep.

In this article, we’ll take a look at how cannabinoids and terpenes benefits our bodies, but first, we’ll review some of our favorite strains of hemp flower for nerve pain. 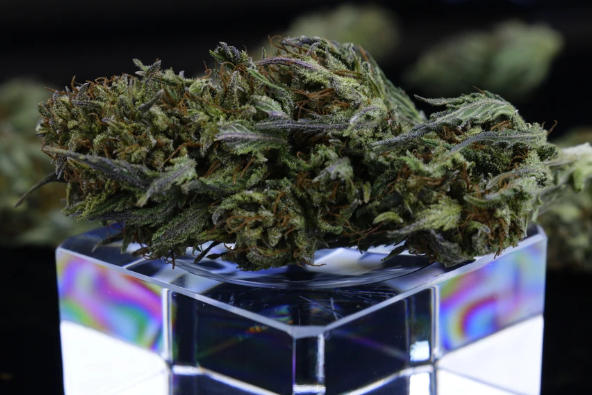 Blue Moon Kush is a strain especially popular for relieving anxiety, but it’s also a useful flower against pain and inflammation thanks to its special terpene profile and CBD level.

Blue Moon Kush contains 20% CBD, which is quite high, and will contribute generously to a strain profle’s healing power.

As for terpenes, this strain from Medhemporium is especially high in alpha-farnesene, which provides not only antibacterial and anti-inflammatory properties, but also helps to relieve anxiety, and can even reduce muscle spasms. Plus, alpha farnesene brings a refreshing scent of green apple!

After extensive care and meticulous cultivation, Medhemporium has produced a strain that produces long, beautiful buds with a cone shape that may remind the user of evergreen trees. The leaves born from these nugs are a deep shade of pine green with slight shades of violet.

The first impression of this strain’s aroma presents notes of gas, herbs and cloves. Once these nugs are ground up, they reveal scents of green apple, hops, black pepper, and subtle notes of diesel.

The flavor of Blue Moon Kush is a is potent, possessing an earthy, floral aroma with hints of mint, which also give it an almost edible quality. While it’s slightly on the sativa dominant side, it’s generally regarded as a relaxing strain that provides a palpable, but manageable, sense of euphoria that centers the mind and body. 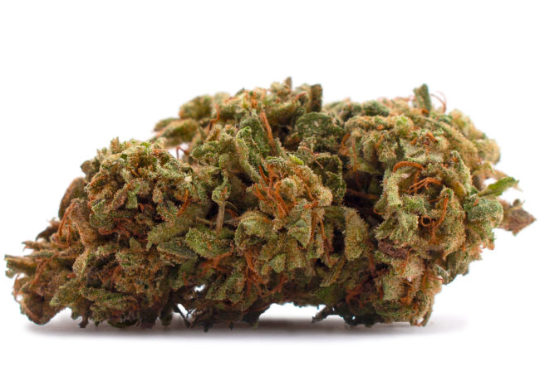 This classic from Mr. Hemp Flower is a champion against chronic pain in all forms, including nerve pain. With a heavy sativa dominance, this strain is not in the least bit drowsy. Rather, this is a perfect strain for those who want quick pain relief and just a bit of a jolt into getting work done.

One of the most prevalent terpenes in this strain is myrcene, which works as a sedative, and in higher amounts, can greatly promote sleep. While the levels of myrcene in this strain are not viable to put one to sleep, it’s enough to relax the muscles and dull neuropathic pain.

Ceiba also contains a fair amount of linalool, which is known for promoting relaxation and prevent the feeling of fatigue, and, according to this study, can even help with brain inflammation.

Speaking of soothing terpenes, Ceiba contains .04% limonene, which is considered a highly versatile terpene thanks to its antifungal, antibacterial, and antiproliferative effects.

One of the key features of this strain is even spread of terpenes, which help to not only treat foot pain without causing drowsiness, but also by soothing muscles and reducing inflammation and swelling.

Ceiba features organically grown, large buds that are sticky and dense. When cracked open, they produce an aroma of astringent berries and cherry wine.

This strain is often sought after for arthritic pain, and with its amount of terpenes that are known for relieving pain, it is most popular against nausea, chronic pain, and chronic fatigue. 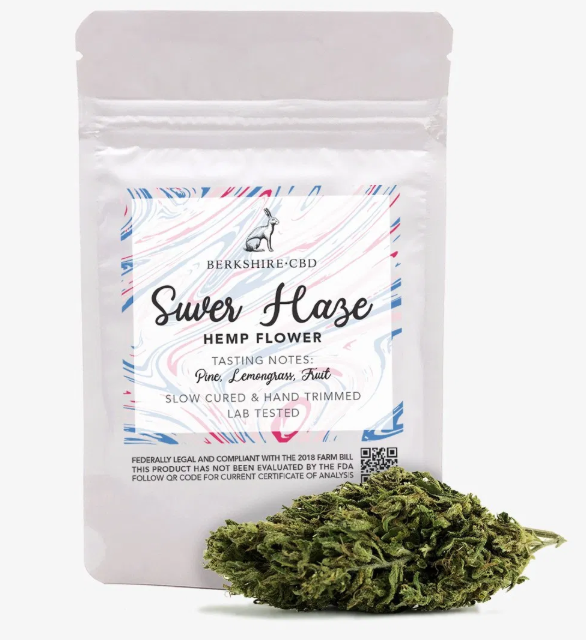 As a popular strain with a great flavor and relaxing properties, Suver Haze has become especially desirable among those who wish to relieve both anxiety and pain.

This Vermont-grown crop yields buds with 20% CBD, which is quite high, and will certainly leave you feeling a little more calm and relaxed. Just as importantly, though, this strain is a terpene powerhouse.

One terpene in this special strain that’s worth a shout out is, limonene, which aside from alleviate pain, is known to lift mood while supplying a refreshing lemon or lemongrass taste.

One of the most present terpenes in this strain is alpha-pinene, which has been an integral component of medicine for centuries. Found especially in coniferous trees, the bark would traditionally be harvested and made into a resin.

Alpha-pinene has been shown to work especially well at both relieving inflammation and promoting circulation, as shown in this study. Due to these properties, using a hemp flower strain containing alpha-pinene can be extremely useful to those with foot inflammation and joint tension.

Berkshire CBD’s Suver Haze strain produces large, dense buds thanks to a cultivation with healthy, organic soil and plenty of sunlight. The buds are a vibrant, consistent shade of green and are covered in trichomes. With its tastes of pine, cardamom and lemon balm, this is easily one of the best-tasting versions of Suver Haze. These buds are perfectly smokeable, and can be used for speedy pain relief, or to help unwind at the end of the day. 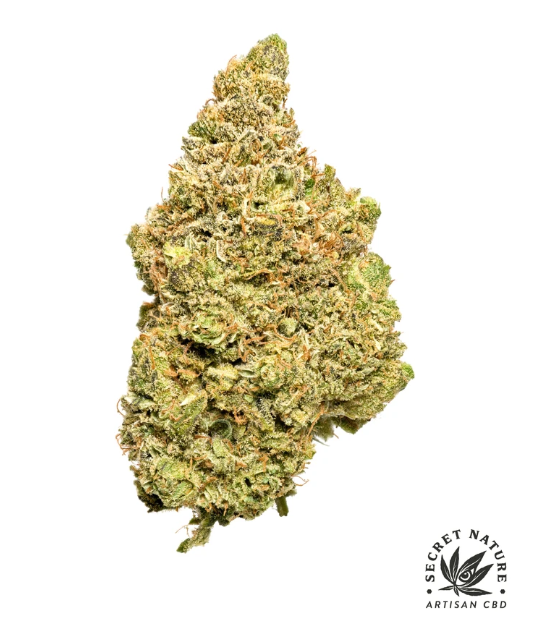 If you need a strain of hemp flower that can be used for nerve pain any time of day, this hybrid strain may be just for you, as it’s balanced with its terpenes, will make you neither drowsy nor wired, and possesses a powerhouse of terpenes.

This strain comes from the strains Cookies and Haze, and was cultivated in an indoor environment that’s easily conditioned. Because of this, conditions are carefully monitored for a high-quality strain.

This strain is especially high in beta myrcene, which can help with inflammation while reducing nociceptive pain, as this study observes.

This strain is also high in the terpene beta-pinene, which can help to relieve anxiety and inflammation, as well as improve breathing by helping to open up the bronchial tubes. Not to mention that this strain is especially high in CBD, which can work well against the inflammation that causes foot pain.

Additionally, this strain contains high amounts of beta-caryophyllene, which works like a champion against inflammatory pain and discomfort.

One study even showed that not only does beta-caryophyllene inhibit inflammation, but it also has an anti-arthritic function, as shown in this study.

This lovely strain produces nugs that are large and unique, and possess an almost cloud-like quality to their shape and texture, though they’re dense to the touch.

The leaves from the bud are an earthy, summery shade of green–although the leaves can vary to pink and purple–with peach-colored hairs that flow in a tendril-like pattern, with an even coating of trichomes.

When broken down, these nugs release notes of sweetness and citrus, making it highly reminiscent of Haze. Perfect for any time of day. 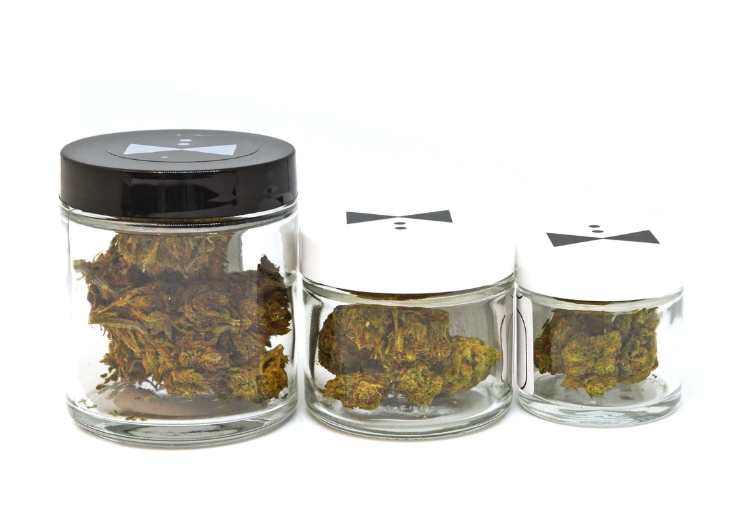 This sativa-dominant strain is ideal for those who wish to immediately get to work after combating their nerve pain.

One terpene that makes this strain especially soothing is the alpha bisabolol, which, as we mentioned, provides a floral fragrance and soothing effect, but it also delivers important anti-inflammatory functions, so it’s great for chronic and acute pain.

Candyland is also high in the terpene phytol, which results from the breakdown of chlorophyll in plant leaves, and is also found in green tea.

Phytol is known for working as a powerful antioxidant, which allows it to fight inflammation and curb nociceptive pain, as revealed by this study.

Candyland is derived from Grand Daddy Purple, as well as Bay Area Platinum Cookies, bred with industrial hemp. The buds produced are small, dense and almost popcorn-like, with a shade of green that might appear darker than your typical sativa. Tufts of purple dot the nugs, almost making them appear fuzzy, with a sprinkling of trichomes.

Once broken down, the buds produce an aroma of cinnamon, hops, and pine, with subtle notes of floral citrus. This strain can provide relief and enhance focus any time of day or night.

When smoking Candyland for the first time, don’t be too surprised by the earthy flavor that may come with it. Also, because of its sativa dominance, Candyland may give you a bit of a buzz, similar to a healthy dose of caffeine.

Cannabinoids are the organic compounds in hemp flower known for their unique interactions with our bodies. When we take CBD or any other cannabinoids, they enter a series of receptors throughout the nervous system, which is known as the endocannabinoid system (ECS).

The endocannabinoid system is largely responsible for regulating pain, relieving stress, and improving mood, and when cannabinoids are absorbed into these receptors, they’re used to strengthen signals. The result of this interaction is significant pain and stress relief.

THC is probably the most well-known cannabinoid, and while THC works well to reduce inflammation, relieve stress and improve tension, it can also trigger a rush of endorphins, which often creates a feeling of being “high.”

Hemp flower doesn’t contain enough THC to perform this rush, but it’s highly abundant in other therapeutic cannabinoids, such as the most abundant cannabinoid, CBD.

Terpenes are known for giving plants their aromatic qualities, but they also perform many therapeutic functions, as well.

For instance, terpenes are highly anti-inflammatory, and can greatly reduce feelings of stress while easing neuropathic pain, as shown in this study.

Besides these helpful functions, terpenes are also important for the way they and cannabinoids seem to amplify each other’s properties.

When all of the cannabinoids and terpenes in hemp flower interact with the nervous system, they form a synergistic connection known as the entourage effect, which can amplify hemp flower’s overall benefits for nerve pain.

Aside from the entourage effect, terpenes also determine a lot of a hemp flower strain’s behavior: how it smells, looks, and how it affects the user.

While nerve pain can be a difficult chronic condition to treat, hemp flower may help to dull the sensation of neuropathic pain thanks to its therapeutic terpenes and cannabinoids.

When selecting a strain, stick with anti-inflammatory terpenes and shop from reputable brands like the ones listed above. Brands worth your trust will always offer a certificate of analysis, and won’t make any false or wild claims.

How does hemp flower get rid of nerve pain?

Hemp flower relieves nerve pain thanks to CBD, which alleviates both neuropathic and chronic pain, and terpenes, which provide anti-inflammatory benefits.

Is hemp flower a legal treatment for nerve pain?

While there is no FDA-approved hemp or CBD drugs for chronic pain conditions, all hemp products are completely legal in the United States. As always, though, individuals with especially chronic or severe conditions of nerve pain should discuss treatment options with their physician beforehand.